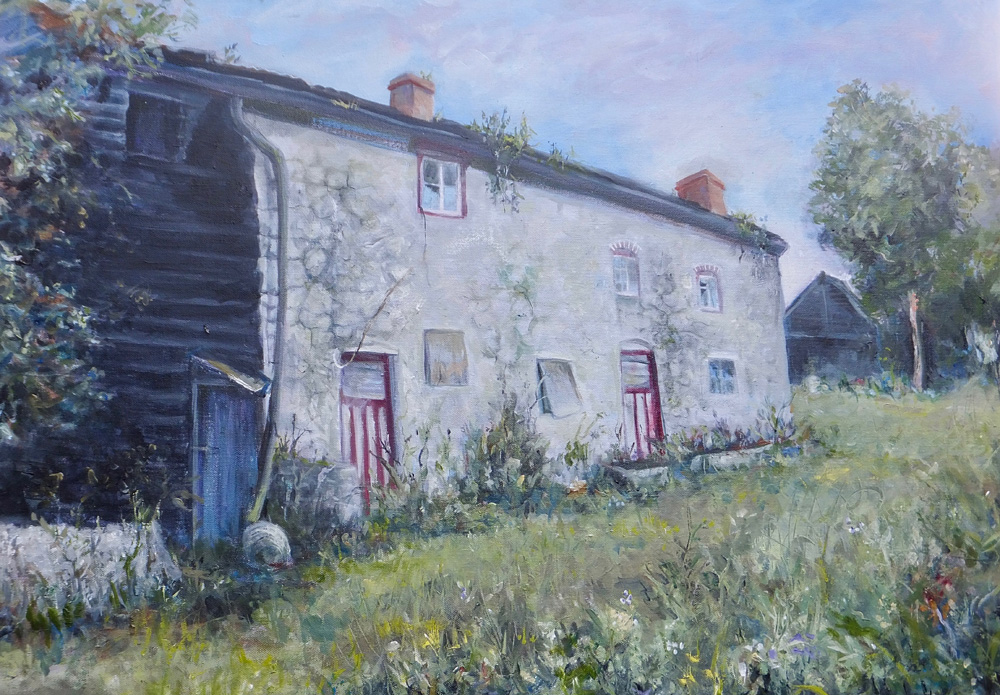 America, Llansilin
Nobody knows why this abandoned cottage was called America. It was apparently built in 1823 by John Williams. It overlooks Llansilin Village and was originally 3 cottages. The last people living there were Oswald and Irene Jones. Ossie was born in the cottage and inherited it from his father. He worked as a lengthman, looking after a stretch of road from Llansilin to Rhydycroessau. The building was lived in until 2006.